The laser head is an important part of the fiber metal cutting machine, used to generate the laser beam energy for cutting, similar to the human heart. Today, we mainly introduce the structure and types of fiber laser cutting heads. 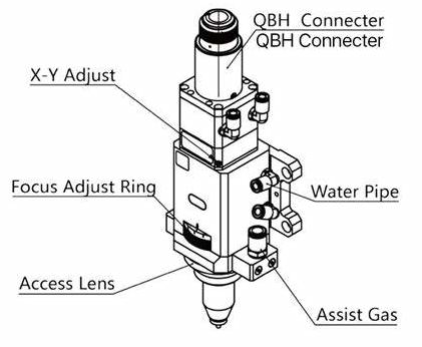 The laser cutting head generally consists of a nozzle, a focusing mirror, an auxiliary system and a focus tracking detection system.

The nozzle is usually coaxial with the laser cutting head and has various shapes: cylindrical, conical, zoom and so on. Principle of nozzle selection: Its aperture must be larger than the focused beam. In other words, the laser beam cannot hit its wall when passing through the nozzle.

Large-caliber nozzles do not have strict requirements for focusing laser beams, while small-caliber nozzles have higher requirements for focusing laser beams. Therefore, it is necessary to ensure that the collimation and diameter of the laser beam perfectly match the nozzle diameter. In practical applications, since the outlet of the auxiliary gas is also in the nozzle part, it is very important to choose a suitable caliber. If the diameter is too small, the gas field of the nozzle will be turbulent, and the nozzle will be partially deformed due to the high temperature.

The higher the height between the nozzle and the sub-material, the energy loss of the laser part will not achieve the expected cutting effect. On the contrary, the blown slag easily enters the cutting head, which will not only damage the lens, but also disturb the flow field and affect the focus position. But now, fiber laser head height trackers, such as LVDT height sensors and capacitive height sensors, are usually equipped with height adjustment functions. 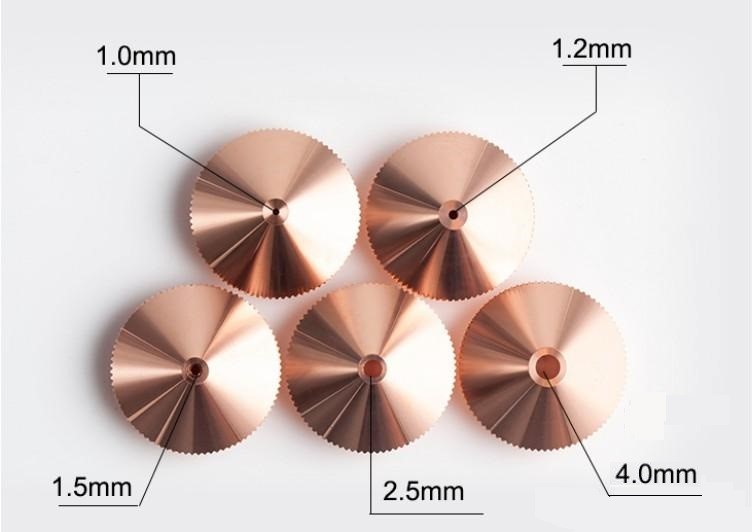 The focusing lens is located directly above the nozzle. Its main function is to focus the beam to obtain an energy-intensive spot. Focusing mirrors can be divided into two types: transmission and reflection.

When cutting thick plates, shallow depth of focus will seriously affect the cutting quality, resulting in burrs and burrs. Moreover, the shallow depth of focus will shorten the distance between the fiber cutting head and the plate, and the molten slag will easily penetrate the laser head, which has a bad effect. Therefore, we should try to use a suitable focal length for the post-cutting process. The water cooling system is to protect the laser cutting head. It is cooled without affecting the processing efficiency and quality. The common uses of auxiliary gas are well known, so we won’t go into details here, but why do different plates make different gas choices?

In fact, the heat generated in the cutting process is not only the energy of the laser beam, but also the additional energy brought by the auxiliary gas. When cutting active metals, inert gas is usually used to prevent additional heat from affecting the cutting effect. On the contrary, active gas is used to increase the heat of cutting.

In addition, the auxiliary gas pressure for high-speed cutting of thin plates can be set to a high pressure to match the cutting speed (100-300 kPa). If cutting thick plates at low speed, low pressure is required to prevent splashing.

Focus tracking systems are usually designed to ensure a stable focus. According to different requirements, detecting devices with different functions are installed on the cutting head to keep the cutting error rate low.

The role of the laser cutting head

Fiber laser cutting machine is a kind of intelligent equipment for cutting metal quickly. The laser head is an important part of the fiber metal cutting machine, used to generate the laser beam energy for cutting, similar to the human heart.

Because it is a non-contact processing method, the fiber laser cutting machine cuts metal without burrs, and the cutting quality is very good.

The auto-focusing cutting head is suitable for the integration of large and medium-sized platform cutting machines. According to the selected laser power, it can cut 20 mm large stainless steel and aluminum and 40 mm large carbon steel with good cutting quality.

The planar fiber laser cutting head is extremely light weight and faster to carry. It is suitable for high-precision laser cutting, and is widely used in fields with extremely high precision requirements such as the aviation industry. It can be used for IPG, SPI, Rofin, Coherent, Raycus, Trumpf, Chuangxin and other lasers.

Then the focusing mirror installed on the laser head converges the light into one point, which can reach a very high temperature, so that the material is instantly sublimated into gas, which is sucked away by the exhaust fan, so as to achieve the purpose of cutting. 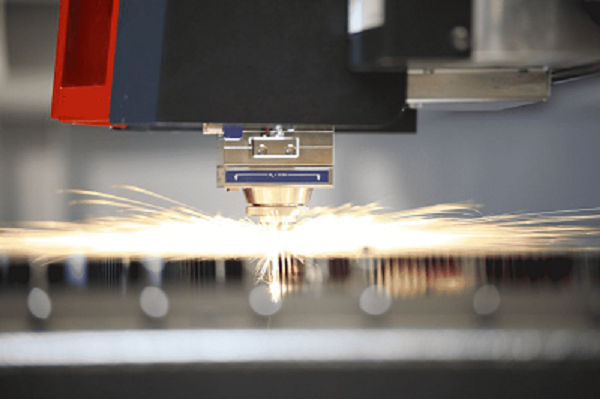 YAG solid-state laser cutting speed is faster than carbon dioxide, and the wire cutting speed is more than 100 times. Its notch heat affected zone is small, will not be deformed, the notch is smooth, and no subsequent treatment is required.

YAG solid-state laser cutting performance is stable; suitable for continuous mass production. It also has the characteristics of high photoelectric conversion efficiency and small size. However, its energy pump has fast loss and high maintenance cost, which limits its application.

The alignment of the X, Y, and Z directions can be adjusted, which can make the laser beam cut better and more vertical. The completely sealed optical path can protect the optical system from pollution, and it is easy and quick to observe or change the lens, resistant to high temperature, and not affected by plasma.

Which cutting head is the best？

Raytools was established in January 2005, dedicated to the evaluation, production and application of industrial lasers.

3. The maximum acceleration of the focus lens drive is 10m/s, and the minimum speed is 10m/min;

5. Drawer-type lens holder for quick and easy access to each glass cover;

6. Air cooling design is added to the nozzle to effectively protect the nozzle and ceramics from damage caused by high temperature;

7. The collision protection function can prevent damage to the laser head when it collides;

8. QBH, QD and other optical interfaces can be adapted to various fiber lasers.

1. Manual turntable focus adjustment, meticulous and flexible. The adjustment range is 20mm, and the accuracy is 0.05mm;

2. The dust-proof design is upgraded with double protection, making it almost impossible for the lens to be contaminated;

4. The collision protection function can prevent the damage of the laser head when it collides.