The plate needs to be processed by a plate bending machine from a straight plate to a cylinder, and the plate bending machine is divided into many models, and the effect of each model is different, but more or less there will be a certain length of straight edges at the beginning or end of the plate, The production will choose to cut off the excess straight edge after the first rolling, and then splicing it together for rewinding. So how did this straight edge appear? Taking the W11 three-roll plate rolling machine as an example, Figure 1 shows the plate rolling process: 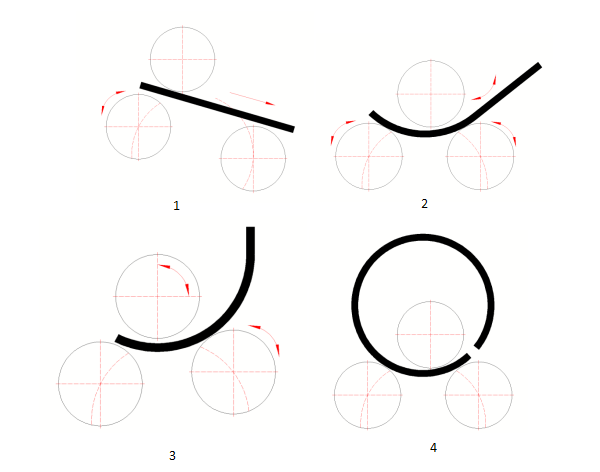 It can be seen that since there is no pre-bending function, the plate needs to be mounted on the left lower roller, and the middle of the two lower rollers is empty during bending, and one section of the head cannot be pressed, and the same is true for the end section. So keep the straight edge.

The W11 and W12 models， one is three rolls and the other is four rolls. Relatively speaking, the three -rolls has more straight sides, because the W12 has four rolls, and the middle lower roll can be used when the W12 is used to roll a circle. Decrease straight edge distance (Figure 2).

So if you think the straight side is too long, you can consider using four rollers. Although the four-roller is expensive, the machine cost of the same use time is compared (Table 1) 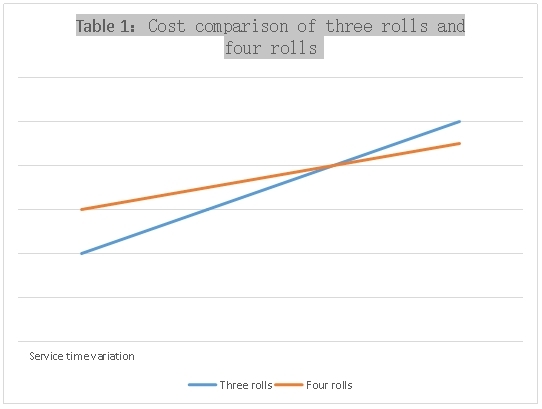 Although the three-roller is cheap, it cuts too many straight edges, which is also a cost invisibly. It is obviously better than the four-roller in the short term. However, if it is used for a long time, the cost loss caused by the unusable cutting of the too long straight edge will gradually equalize the four-roller, and then there will be a clear overtake.